Piotr Anderszewski
Piotr Anderszewski is regarded as one of the most prominent pianists of his generation and appears regularly in all of the world’s major concert halls. His collaborations with orchestra have included appearances with the Berlin Philharmonic, the London and Chicago Symphony Orchestras, the Royal Concertgebouw Orchestra and the Deutsche Kammerphilharmonie Bremen, which he also conducted from the piano. Recitals have taken him to the Barbican Center in London and the Royal Festival Hall, the Konzerthaus in Vienna, Carnegie Hall and the Elbphilharmonie in Hamburg.

His recordings include Beethoven’s Diabelli Variations, which received the Choc du Monde de la Musique; the Grammy nominated Bach Partitas 1, 3 and 6 as well as a recording with works by his countryman Karol Szymanowski. His album with solo works by Schumann received two BBC Music Magazine Awards in 2012, including the Recording of the Year. His recording of Bach’s English Suites 1, 3 and 5 received the Gramophone Award for best instrumental album in 2015. After the solo album “Fantaisies” with works by Mozart and Schumann in February 2017, the Mozart Piano Concertos No. 25 & 27 with the Chamber Orchestra of Europe was recorded in January 2018. Then in 2021, his interpretation of J. S. Bach’s Well-Tempered Clavier Book 2 was awarded the Gramophone Classical Music Award.

Recognized for the intensity and originality of his interpretations, Piotr Anderszewski has been a recipient of several high-profile awards over the course of his career, including the prestigious Gilmore Award, which is presented every four years to a pianist of exceptional talent.

The director Bruno Monsaingeon shot two award-winning documentaries about him for ARTE. The first, from 2001, sheds light on Anderszewski’s special relationship to the Diabelli Variations, while the second, “Piotr Anderszewski, Traveler Without Rest” (2008) is an artist portrait and reflects Anderszewski’s thoughts on music, concert activities and his Polish-Hungarian roots. A third documentary by Monsaingeon, “Anderszewski plays Schumann” was shot for Polish television in 2010.

In autumn 2021, Piotr Anderszewski focused on twelve Preludes and Fugues from J.S. Bach’s Well-Tempered Clavier, Volume II. Warner released a recording of these works in early 2021, and Anderszewski performed them in recital in Berlin, Munich, Milano, Tokyo and Seoul. He also performed play-direct programs with the Chamber Orchestra of Europe, the Kioi Chamber Orchestra Tokyo and the Svetlanov Symphony Orchestra in Moscow. His website is anderszewski.net. 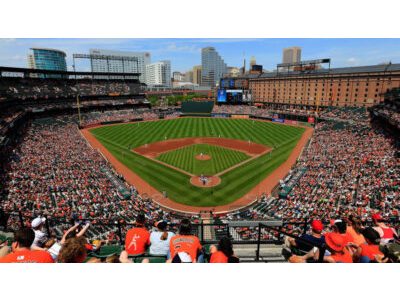